Game Description:
An active version of Simon Says!
Objective:
Only do the movement skill that Chuck tells you to do!
Game Rules:
Ask the children if they have played Simon Says before. This game is like Simon Says, except we're going to be listening to Chuck, the rubber chicken. Tell the children to only listen if Chuck tells them to do something, but not if it's someone other than Chuck (This can be skipped for younger children.) Start off by saying "Chuck says…Everybody stand up on their feet!" Continue to mix in a variety of different movement skills such as jumping, running, hopping, galloping, crawling and dancing! Every now and again you can just say the fundamental movement skill, or use a different name than Chuck and see if the children catch on and don't perform the skill.
Saftey Considerations:
Tell children to run with their head up and watch where they're running
Adaptations (optional):
If children start doing a skill that Chuck didn't tell them to do, then they have to do 5 jumping jacks.
Photos: 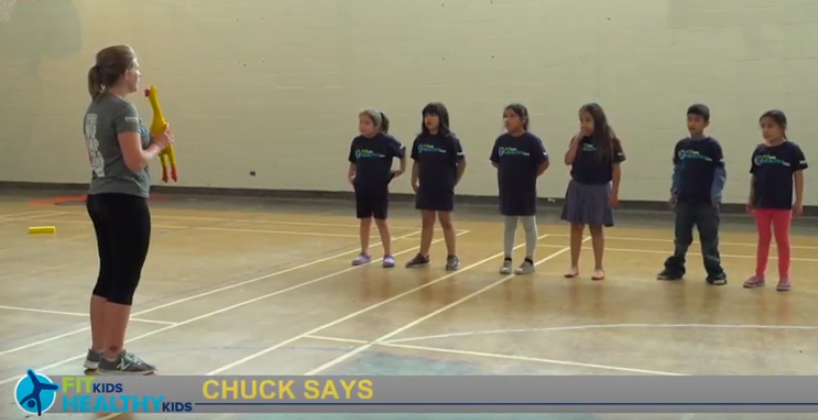