Game Description:
An awesome dodgeball game!
Objective:
For the throwers to hit all the runners that are trying to make it to the safe zone on the other side of the gym.
Game Rules:
Set up two lines of cones perpendicular to each other about 30 feet apart, or use gym lines. Make sure they are far enough apart that children can run between the two. Have two children or leaders start as the throwers. They stand outside of the cone lines. Have all of the other children run from one side to the other, while the throwers throw dodgeballs to hit the runners. Once a runner is hit, they join the thrower that hit them become throwers as well. The game goes on until there are no runners lefts or there are only two runners left who become the new throwers.
Saftey Considerations:
Check to ensure children's shoelaces are tied.
Progression (optional):
When a runner is hit, have them turn into a land mine, they must stay where they are but can tag runners.
Photos: 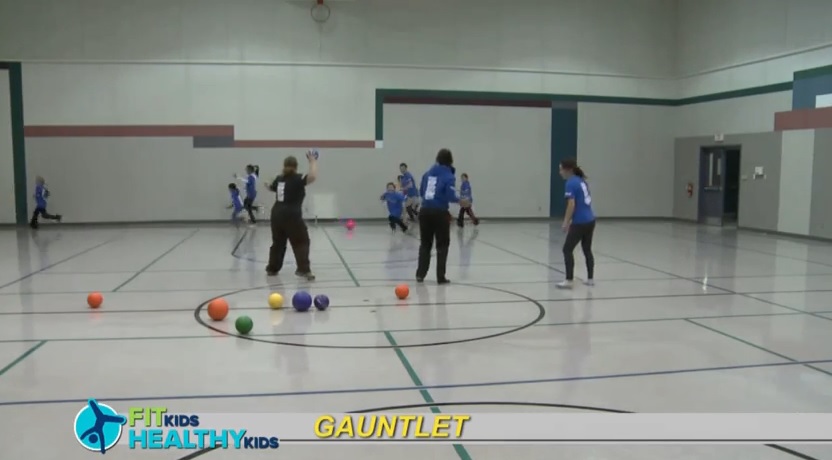