Game Description:
A fun and competitive relay race between two teams. A dodge-ball, two hoops and 24 bean bags are needed.
Objective:
Running group: To get as many bean bags as you can while the other team moves the ball around the circle. Throwing group: Move the ball around the circle as fast as you can to limit the amount of bean bags the running team collects.
Game Rules:
Divide the group into two equal numbered teams. Have one group standing in a large circle and have the other group lined up on a baseline with a pile of beanbags about 20 feet in front of them. The group in the circle will be given a dodge-ball and their goal is to move the dodge-ball around the circle as fast as they can by passing it to the person directly to their left. The group lined up on the baseline will run one at a time to the bean bag pile, grab one bean bag and bring it back to the hoop at the back of their line. Once the runner gets back the next person will run o the middle. The running group will be trying to get as many bean bags back to their hoop as they can in the time it takes the throwing team to go around the circle 10 times (or any other number the leader calls out).
Adaptations (optional):
Instruct the running team to skip or gallop instead or running. Tell the throwing team to kick the ball to each other instead of throwing.
Photos: 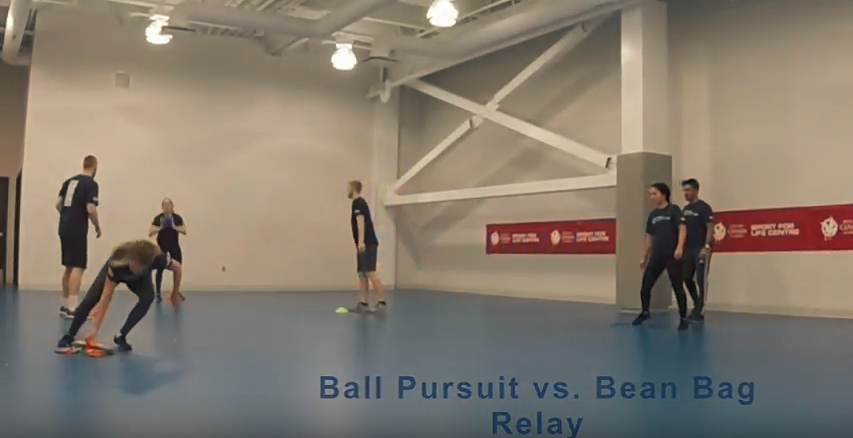