Game Description:
A great game that involves teamwork, throwing dodge-balls and a big yoga ball!
Objective:
To keep the yoga ball away from your team's side of the square and to try to move it towards another teams side.
Game Rules:
The group is divided into four teams. Each team sets up on one side forming a large square. The yoga ball is placed in the middle and the dodge-balls are distributed equally between the four teams. On the signal the players will try to move the yoga ball towards another team's side only by throwing dodge balls at it. Players may only throw the dodge balls when they are standing on their sideline. Players may leave that line to pick up dodge balls but they must bring them back to their line before throwing the balls.
Photos: 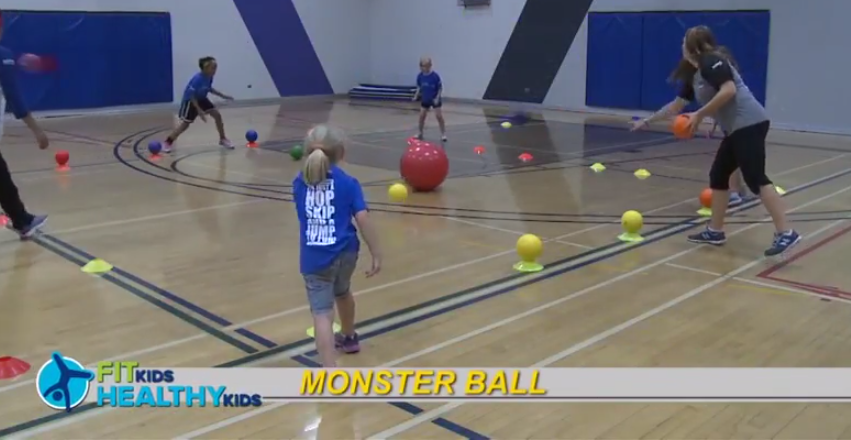